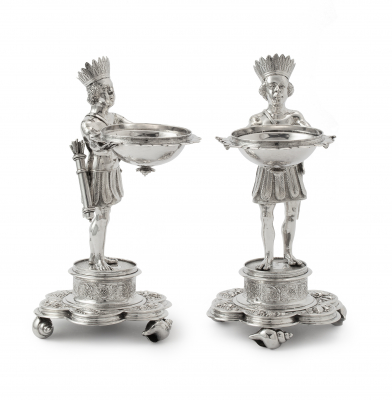 From a historical perspective, the presentation of West Africans in South American attire is very interesting. These splendid silver figurines are in fact symbolic of Dutch colonialism. The war between the Netherlands and Spain/Portugal in the seventeenth century was not just restricted to Europe, but was fought in the colonies as well. The powers fought over the sugar plantations of Brazil, and over Black enslaved in West Africa. Where the VOC (the Dutch East India Company) sought to increase Dutch power and territory in Asia, the WIC (the Dutch West India Company), founded in 1621, strove to do the same in the Atlantic region. It appears that the WIC’s office in Delft was only established in August 1623, in which year Adriaen de Grebber fashioned a pair of silver “Moors” that now form part of the collection of Museum Prinsenhof in Delft (note I).

The WIC initially managed to drive the Portuguese from the Brazilian sugar plantations in 1630 and following years, but the Portuguese recaptured all lost plantations in 1654. This meant that between 1630 and 1654, the WIC was able to directly ship sugar to the Netherlands. From the early seventeenth century to 1630, when Brazil’s sugar plantations were in Portuguese hands, the normal order of business was for sugar to be shipped to the port of Antwerp and distributed throughout Europe from there. Though it was an expensive substance, sugar was added to warm exotic drinks, such as coffee, tea and chocolate – themselves also imported products.

Antwerp developed into an important transhipment port, superseding even Venice and Genoa. By the end of the sixteenth century, 85% of all sugar was imported via Antwerp. Although the Portuguese originally relied on the labour of countless native South Americans to handle the back-breaking work on the plantations, population decline led them to import more than a million enslaved from Angola. Another 25,000 enslaved were imported from West Africa between 1636 and 1645 during the Dutch ownership of the plantations.

An instrumental figure in these activities was John Maurice of Nassau-Siegen (in Dutch: Johan Maurits van Nassau-Siegen), who had been sent to Brazil in 1636 by the Nineteen Gentlemen, the board of the WIC, in order to leverage his military skills to the benefit of the Dutch trading company.

John Maurice of Nassau-Siegen was born in Dillenburg in 1604. His father, Count John VII, was cousin to William of Orange, and his mother Margaret of Holstein-Sonderburg was related to the Danish court: she was a granddaughter of King Christian III. John Maurice was an influential man who contributed to the arts and sciences by collecting exotic curiosities. He returned to his home – the Mauritshuis (literally “House of Maurice”) – in The Hague in 1644, where he decorated a number of rooms with items collected during his tenure as governor of Brazil, known as Braziliana.
He was also responsible for transporting members of the indigenous Tupi people from Brazil to the Netherlands. These “savages” were made to dance before Dutch audiences in the Mauritshuis.

Paintings of native South Americans and Africans, exotic plants and animals and Brazilian landscapes by artists like Frans Post and Albert Eckhout (who personally visited Brazil) inspired other European artists and artisans, in whose works we find arbitrary combinations of races, landscapes and exotic objects.

For example, the painting Amerika-Paraiba en Brasil (1666) by Jan van Kessel who spent his entire life in his native Flanders, shows an indigenous African wearing South-American clothing as part of an allegory. John Maurice gifted objects and curiosities to many European courts – Berlin, Paris, Copenhagen, Dresden and St Petersburg, among others. Many years later, somewhere after 1707, the Dresden court jeweller Gottfried Döring crafted an elegant piece representing Venus borne by two native Africans in South American clothing (see Barock in Dresden, cat. no. 553).

Notes:
I Inv.no. PDZb 107A-B, h. 20.5 cm 814 grams. Purchased with support of Vereniging Rembrandt in 2002. See Verslag Rembrandt 2004, p. 11-12.
II Around 1643, John Maurice of Nassau, Governor General of Brazil, commissioned Albert Eckhout to paint a portrait of an envoy from King Garcia IV of Kongo and two of his servants bearing gifts. These paintings were subsequently gifted to King Frederick III of Denmark in 1654 and are now found in the Royal Museum in Copenhagen. In 1661, Rembrandt painted two Moors; canvas measuring 77.8 x 64.6cm., Het Mauritshuis, The Hague. Earlier, circa 1645, Frans Hals painted a portrait of a young Moor in a Family Portrait, canvas measuring 202 x 285 cm, Thyssen-Bornemisza Museum, Madrid. Seymour Slive, Frans Hals, London/New York 2014, Pl. 174, detail fig. 171.
III After the death of her husband, she had become the owner of the three Delftware factories, including the factory known as De Kam. Wijsenbeek 1987, p. 217. See Marion S. van Aken-Fehmers et al., Delfts Aardewerk. Geschiedenis van een nationaal product, II, Zwolle 2001, p. 159. Upon her death, an inventory of her estate was drawn up for sale. ONA Delft, Notary Frans Boogert, inv. 2625, no. 46, f. 396-476, 28 October 1725. The estate contained a large number of silver objects, including square candleholders, a bowl and lid, trays, spoons and forks.

Pair of silver salt or sugar containers in the shape of “Moors” Adriaen Nicolaesz de Grebber, Delft, 1640
Price on request

Period
1640
Material
silver
Weight
785 gr
Signature
Marked on the base between the feet, also with 1795 Middelburg redemption mark
Dimensions
22 cm 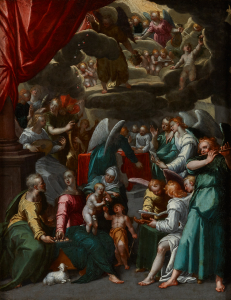 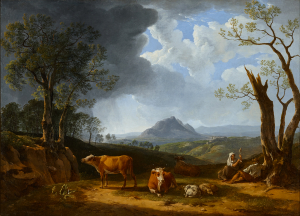 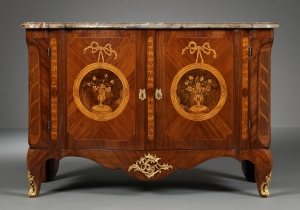