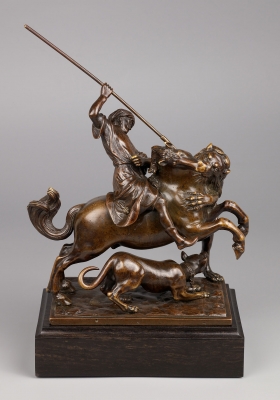 Francesco Fanelli from Florence was one of the most important sculptors of the first part of the 17th century. He worked in Genoa after he moved there with his entire family in 1605. It was there where he trained his children in sculpting. In 1630 he moved to Britain, possibly inspired by the Flemish painter sir Anthony van Dijck, who stayed in Genoa in 1621-1622 and 1625-1626 and who also moved to Britain around 1632.

Fanelli soon was appointed as royal sculptor. The inventory of the Royal Household in 1640 mentions several statues made by Francesco Fanelli, who was also known as the one-eyed Italian. Most of these statues still remain in the collection.
Other members of the English nobility commissioned these small bronzes from which Fanelli derived his reputation. This way his fame spread throughout Europe. The biographer Joachim von Sandrart speaks highly of the bronzes of Fanelli in his Teutsche Academie of 1675, especially about the fact that the high quality castings didn’t need to be touched up. This statue excelently illustrates the talents of Fanelli. The hunt for a lion is caught at its most dramatic moment. All movement is converged to the devastating bite of the predator. 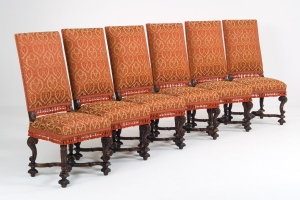 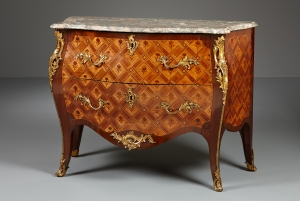