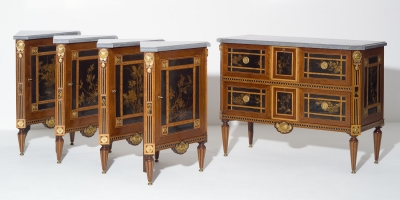 This set was most probably made for a client who wanted furniture for a certain room, for it is exceptional to find an encoignure in all four corners of a room. Due to the narrow and elegant proportions and the tall legs of the furniture, the room need not have been especially spacious to accommodate the commode and its four encoignures. The panels on the side of the commode and those on the doors of the corner-cupboards are removable, probably to change the “summer” and “winter” decoration of the room for which this suite of furniture was ordered. This would mean a second set of panels would have existed with a decoration to match the textiles in the room.

One of the key cabinetmakers of the period 1765-1795 was Matthijs Horrix (1735-1809). Horrix came to The Hague around 1760, became a Master Cabinetmaker in 1764 and established his all-round cabinet and furniture workshop in which he produced almost every piece of furniture one could possibly need to decorate ones home. Horrix fame was based mainly on his very sophisticated furniture after the Parisian taste and his reputation was that of an exceptionally able cabinetmaker who always worked at the height of French fashion.

In 1767 Stadtholder Prince William of Oranje-Nassau married Princess Wilhelmina of Prussia and the young couple obviously needed to furnish a few palaces, not only in The Hague but also in the country. Especially the Princess was taken with the work of Horrix and she not only ordered many pieces of furniture for her own appartments to be made by him, but she also ordered furniture for her children prince William and princess Louise when they were born a few years later..

In 1780 Horrix produced commodes which were decorated with panels of Chinese lacquerwork for princess Wilhelmina and in 1781 he made a “Caisse à la Chinoise pour une Pendule” for her. This was a clockcase formed like a Chinese temple and decorated with lacquerwork.

Not every piece of Horrix-furniture has been preserved in the Royal Collection, but Queen Beatrix owns a few very beautiful pieces by Horrix and of course regularly uses the Japanese Room to receive guests. This room is reported to be one of the queens’ favourite rooms. 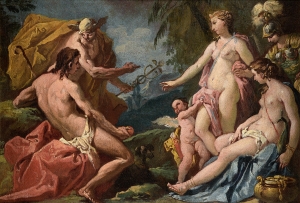 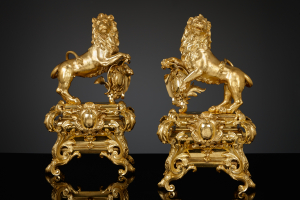 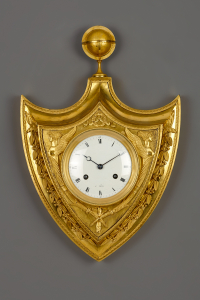