This elegantly forged key had a mere ceremonial function. It is a so called Chamberlain’s Key, underlined by the crowned initials VRS, short for “Vitae Regis/Reginea Securitas” [for the safety of the life of the king/queen]

These kind of keys where  worn on the court attire as a token of dignity by the Chief of the House or the Camberlain. Originally it was the key that gave access to the treasury or the private quarters of the monarch.

The crown that is depicted over the initials VRS shows great similarity to the crown of the Kingdom of the two Sicilies (Sicily and Naples); a headband with five fleurons and five pearl-covered braces topped with a globus cruciger.

The position of acting chamberlain was a privilege instated and awarded by king Philip II of Spain (1527-1598). Given the fact that Philip also was king of Naples, Sicily, and Sardinia, it is no surprise to find these regal references on this key. 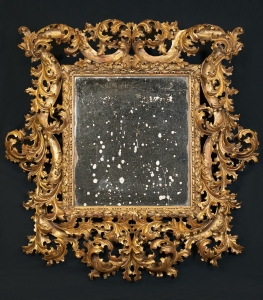 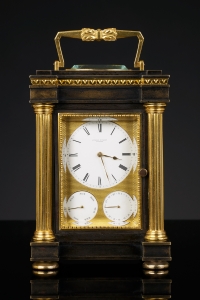 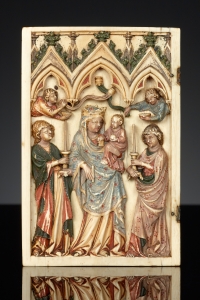