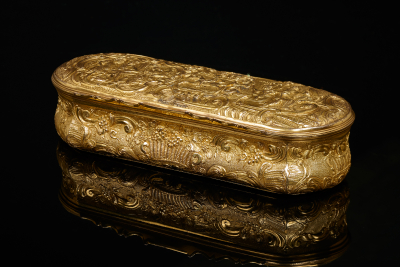 An elaborately decorated French oval snuffbox of gilt copper in the so-called ‘pomponne’ technique. This method is based on the principle of utilizing base metals, including copper and various alloys, to give the convincing appearance of gold once gilded.

The cover of the box is deeply embossed and finely chased with a scene from the Old Testament. Within a chased escutcheon, the central figure of the biblical story is depicted on a horse standing in a stream with one fish. Flanking the shield are two cartouches with on the left a depiction of a woman figure with two soldiers and on a king with an old man and a soldier on the right.

The central figure on horseback can be identified as Uriah the Hittite. A soldier, he was sent to the front by King David to fight against the people of Ammon. During Uriah’s absence, David seduced and impregnated Uriah's beautiful wife Bathsheba. In an attempt to cover up his act, David summoned Uriah back to court, got him drunk and told him to go home and sleep with his wife. Uriah refused however; the battle had not been fought and he could therefore not be tainted. David’s plan thus failed, and the king sent Uriah back to the front, where, this time, the soldier would serve in the front line to face certain death. Uriah did indeed die, and King David wed Bathsheba. The prophet Nathan later criticized David for this evil act of murder and predicted that a curse of death and mayhem would spread throughout the royal family. And indeed, the child that Bathsheba carried died shortly after birth.

On the left of the snuffbox cover, we see Bathsheba, and on the right we see David instruct his army commander Joab to position Uriah at the front battlelines. The old man next to David can be identified as the prophet Nathan. Uriah, in the centre shield, is depicted as he returns to the front following David's orders. The fish with which he is represented is a symbol for the grace of God. The motif derives from the Book of Jonah, in which God appears as a sea creature to save Jonah from drowning after he repents and sacrifices himself.

Snuffing tobacco became highly fashionable in seventeenth-century Europe, initially at the court and in the higher circles of France. The dried leaves were believed to possess medicinal benefits. The tobacco was grounded to a fine powder the Dutch called ‘snuif’ and kept in a box. 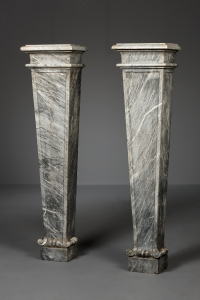 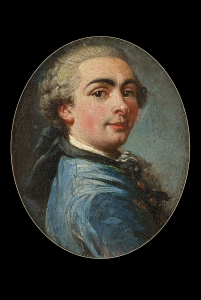 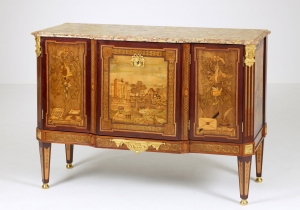