On a low plain plinth rests a plain rectangular column with truncated edges. The lower, convex and sloping, edge is decorated with stylized palmettes. The front of the plain column is decorated with a relief that, most likely, represents Aphrodite seated on a rock and fondling to turtledoves. The sides are decorated with a mascaron at the center.
At the top of the capital resting on a low truncated plinth, two youths who seem to be in combat.

The two battling putti are the Greek god Eros and his brother Anteros. Eros is the most important of the Erotes and a son of Aphrodite. He is associated with love, lust and procreation. Anteros, on the other hand, is the god of requited love.

Both the two protagonists, as well as the relief at the front with the image of Aphrodite make it clear that this statuette is a tribute to love. 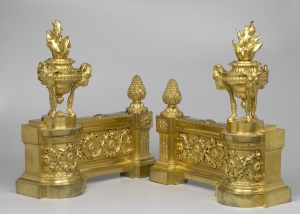 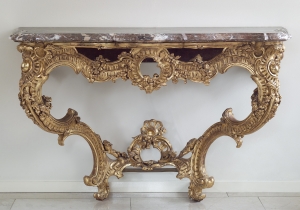