German Wooden Sculpure of a Mythical Creature with Kudu horns 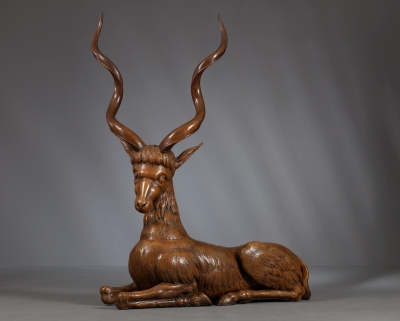 German Wooden Sculpure of a Mythical Creature with Kudu horns

This sculpture of a lying animal is manufactured in the South of Germany around 1700.
The animal resembles a Capricorn, at least by physique and texture. The outlandish cornucopia, however, do not fit this determination. A Capricorn would have shorter backwards bent horns. These magnificent specimen clearly belong to a Kudu (Tragelaphus Strepsiceros), an African kind of antelope. The male animals have these magnificent horns with two and a half twists that can reach up to 1,5 m. The horns are mainly used in competition with other males.
The Kudu is an herbivore. Its striped fur offers good camouflage. Fleeing, the Kudu is able to jump up to three meters high, which makes it very difficult to catch.
The horns are seen as desirable hunting trophies. Amongst other uses, they are made into musical instruments. Also Shofars used in certain Jewish ceremonies are known to be sometimes made of a Kudu horn. The horn used by lord Baden Powell, of the type used by the Matabele as a war horn, is seen as an important part of Scouting history.
Some cultures ascribe spiritual powers to the Kudu horn; others see it as a token of virility. The use of such horns in a work of art around 1700 is undoubtedly unique. No other examples of the period are known. This sculpture fits to the tradition of collecting mythical creatures and artifacts like narwhal teeth that passed for the healing horn of the unicorn.
The sculptor around 1700 would not be capable of imagining how a Kudu actually looked. The horns were attributed to an animal that would be more familiar to him. The result is this mythical creature, not unlike an ibex, but with an exotic headdress.
Arguably this object was used as a centerpiece. This very decorative item could very well have been used as a conversation piece. Placed on the table of a hunting dinner, the astonished hunters would not be able to determine the exact species of this marvelous creature that had so many familiar features, but also these exotic horns that would confound them. The discussion this spawned would have been a source of amusement. 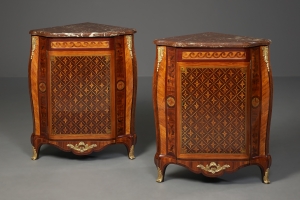 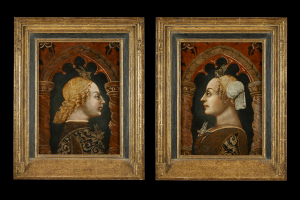 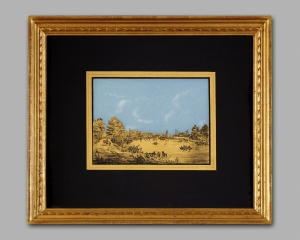